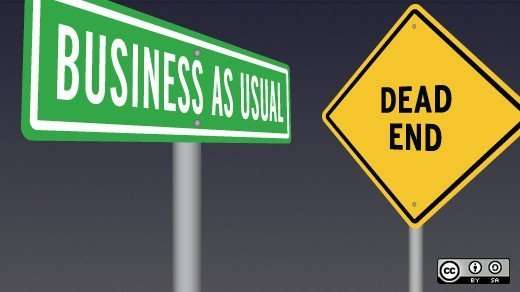 Where Have I Been?

The last post I made was my financial update for the middle of July. Several things have happened since then. With regards to Spending Done Right and with regards to me. So I’ll break it down and explain what happened and what will change.

Not wanting to simply write it off or make excuses I sat down the other day and tried to figure out what went wrong. It came down to one simple conclusion:

I tried to do too much, too fast.

I came out of the gate excited. I wanted to post all of the ideas in my head as often and as quickly as I possibly could. This was done by holding myself to a schedule in my first post and unsustainable one. I thought it would add accountability and ensure I actually made posts but what I should have realized is that I have a desire to share and research and learn. So when it came to posts I should have simply let it occur naturally.

The quality of my posts also began to degrade as I tried throwing out as much content as I possibly could. This led to me falling behind, which took a toll on me. Making me not want to continue posting.

This was unacceptable in my eyes so I decided I wanted to change it. I would simply take as much time off as I needed to get to the point mentally where I was ready to return to the blog and continue my journey to financial independence. That point. I believe. Is NOW.

I am going to be focussing less on the quantity of content. The only schedule I am going to hold myself to is that once per month, probably within the first week, I will resume my financial updates. Follow along with me as I grow while still maintaining the accountability that came with hard numbers.

So now that that is out of the way there have been some changes in my life that should be noted. The first, and probably largest, is that I have a new roommate. We have a similar deal as I had before, where I pay the entire internet and TV and they pay for food, with one minor exception. For those who haven’t read until now I am celiac. This means that I can’t eat anything with gluten in it without getting crippling pain and hernias (yes, hernias, it sucks). I pay for all of the special food that I have to eat that can’t be shared (as is only fair).

Secondly, I recently purchased a car. With the old roommate moving out it would make it quite impossible to share a vehicle, causing the necessity to get my own. For reasons worthy of their own future post (if that post is public it will be linked here) I had to finance this vehicle. It was a decision I don’t take lightly, and, unfortunately, was rather hard to do.

However, because of this change, I now have several new expenses. This includes car payments, insurance, and maintenance. On the bright side, I did pretty much cut my gas bill in a third by switching from a small SUV getting 14 MPG to a sedan that gets 33 to 35 MPG.

Additionally, by bringing three new clients on for my primary business I have managed to increase my income every month by almost $1000! This added income has truly helped fast-track my progress. I hope to use it wisely and begin growing my wealth exponentially.

Finally, during the time I took off, I realized that many of the things going on around me, while able to be extrapolated into broad terms were relatively unique to where I lived. So moving forward I hope to make more dedicated posts regarding the situation around me. Helping people who have faced similar situations but haven’t managed to properly navigate it.

So I look forward to returning to the blog that I love some much. Rebranded. Posting on my own time. I’ll see you all for my next post!

5 Apps I Use Every Day